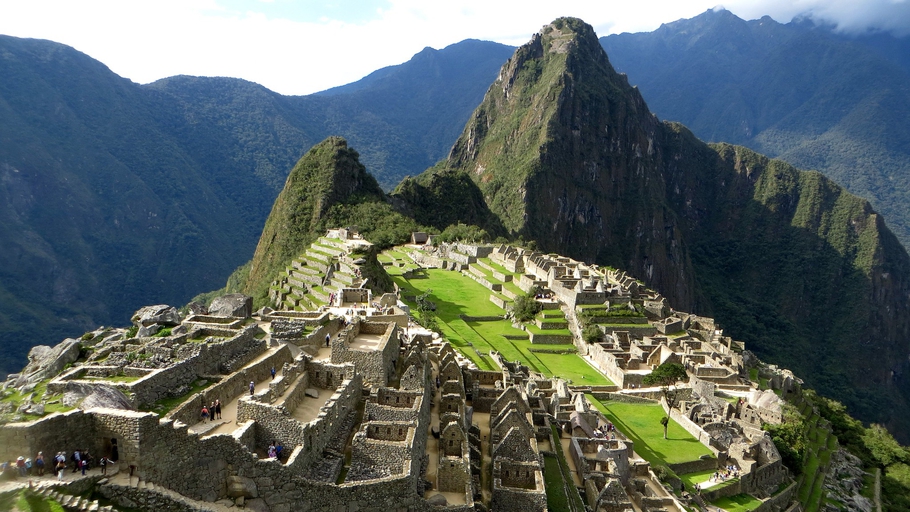 Hundreds of thousands of people come to Peru every year for an ayahuasca retreat. Their primary goal is to take advantage of the powerful drink made from the liana Banisteriopsis caapi, the shrub Psychotria Viridis, and other ingredients, such as the cactus San Pedro. They travel lots of miles with the hope to find a cure for their physical or mental problems or simply improve their lives.

However, there are also other reasons why people travel to this country. Ayahuasca retreat centers can be found in different countries, but they do not offer such an incredible experience as you can have in Peru by going to ancient sacred places. Machu Picchu is definitely one of them. In fact, it is the most popular Peruvian attraction and ruins in South America. Find out more about the amazing Citadel lying in the beautiful countryside.

Machu Picchu (Machu Pikchu in Quechuan languages) is known as the ruins of a citadel built by Incas. In 1911, the site was discovered in Peru by an explorer Hiram Bingham. Before that time, it was abandoned since the sixteenth century after being supposedly destroyed by Spanish conquistadors. Machu Picchu attracts plenty of people who desire to see the ancient marvel and amazing nature surrounding it.

The site covers five miles and has over three thousand steps that connect many levels. Its height above the sea level is 7,972 feet. It is assumed that Machu Picchu is the creation of the Inca Empire, which ruled the western part of South America 4-5 centuries ago. It was used only for about one century before being forgotten, which approximately the time when the Spanish came to conquer the ancient civilization.

However, there is no proof that the invaders ever found Machu Picchu. Therefore, other theories of why this area was abandoned also exist. For example, it is assumed that the locals had to leave the site because of an epidemic.

The most interesting elements of Machu Picchu include the Temples of the Sun and of the Three Windows, and others.

It still remains unknown what Machu Picchu served for. The assumptions of its use include the following:

After arriving at the ruins, people rush to be the first to come there. The thing is that only four hundred people are allowed climbing the peak called Huayna Picchu (it looks like a horn) per day. Actually, visitors can ascend both the Machu Picchu Mountain and Huayna Picchu peak (as you can guess picchu can be translated as a pyramid, cone or mountain). Both of them allow enjoying thrilling views of the area, particularly, the Urubamba River.

The Discovery of Machu Picchu

An American archeologist was the one who arrived in Peru with his small team more than a century ago. The purpose of his travel was to find Vilcabamba, the city of the ancient empire. From Cusco, they traveled to the Sacred Valley, where the archeologists met a farmer. The latter told them about Machu Picchu. The explorer and his men continued going along the Inca trail despite the cold weather. Finally, they met locals, including a boy who took them to the ruins.

Bingham did not wait for a long time to tell the world about the ruins called Machu Picchu. He wrote a book about the Lost City. The archeologist also brought precious items from the ruins to one of the US Universities, which initialed an almost 100-year-long dispute that eventually resulted in the decision to return the items found in Machu Picchu to the motherland.

Today, tour buses going to Machu Picchu are called after the archeologist. However, it is believed that he was not the very first person to discover the ruins, but was the first one to tell the world about the amazing site of Machu Picchu.

The Protection of Machu Picchu

In 1983, it became a UNESCO World Heritage Site. The ancient site is home to a range of endangered species. Today, it is on the list of the New 7 Wonders of the World.

Due to different factors that may affect the ruins of Machu Pikchu, such as increased tourism, environmental problems, etc., the government of Peru does everything possible to protect Machu Pikchu.

On the official website of the UNESCO World Heritage Centre, you can find in-depth information about the historic site Machu Picchu. There, you can also browse beautiful pictures and amazing videos of the site.

It has been many years since Machu Picchu was discovered by the American explorer and his team but there are still lots of secrets around it that have not been revealed yet. So far, we know a few really interesting facts about the ruins that you will find below:

We can only hope that someday, we will find out more exciting things about this site.

How to Get There

Are you thinking about taking a trip to Machu Pikchu in Peru? It will definitely be a wonderful travel experience that you will remember for a long time. If you only want to visit this site, you can get to Machu Pikchu in different ways, including train, bus, or walking.

First of all, tourists need to travel to a city called Cusco. Once they get there, they should go to a chosen train station. There are three of them, including Urubamba (a small town), Ollantaytambo (a village), and Poroy (a district of Cusco). You will be traveling across beautiful scared places. The price of the train tickets is about $100. You will also need to pay an entry fee of about $45-$60, which depends on the chosen option.

It is possible to take a bus from a small town called Aguas Calientes if you wish to travel to the mysterious site, which will cost you $24. If you are willing to make a 90-minute hike from the station to the site, you can travel there by foot. Today, it is possible to buy tickets online on both buses and trains.

Lots of ayahuasca rites are actually conducted in Peru, which is the motherland of the sacred plants and many generations of shamans. There are different programs offered by retreat centers, and you can choose the one matching your needs and budget the most. Thus, it is possible to come for one session, or you can stay at a center for several days to have a couple of ceremonies and enjoy seeing the local attractions.

If you are about to take an exciting trip to the beautiful country Peru, we strongly recommend you not to miss your chances to see the amazing Machu Picchu. In fact, lots of centers offer a trip to the famous Machu Picchu, which means that everything will be well-organized, and you will be able to get there in a safe and hassle-free way. You will go along with other people from your group.

As one of the New 7 Wonders, Machu Picchu is definitely the site you should visit if you go to South America. Remember to consider participating in an ayahuasca retreat in Peru if you want to change your life for the better, manage your fears, get rid of old traumas, and more. It is strongly recommended to make sure that the ceremony is really what you need because the ritual is not something that you should go through just because you are curious.

There are still a lot of mysteries around the ancient ruins, and many of them may never be revealed. One thing is certain — it is an absolutely amazing place on Earth, and you should visit Machu Picchu at least once in your life.