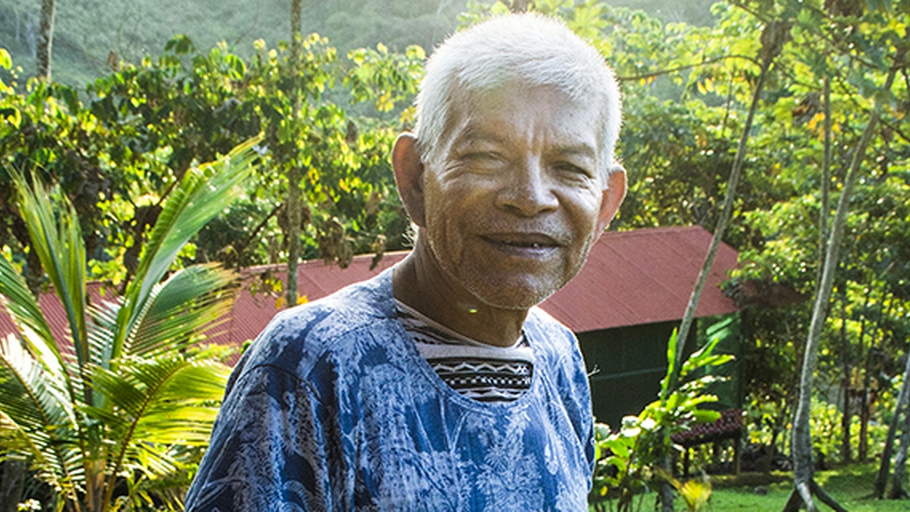 Peru’s best shamans works in the Centre, and this is not just an epithet because Guillermo is officially the most famous curandero in the world. What was his path, why he is so popular and, most importantly, how to arrange a session with him?

He is a real professional and true maestro, a person fully dedicated to his work, gaining new knowledge and giving it all to the people. Guillermo Arevalo, Kestenbetsa, Guillermo Arevalo Valera - these are the names of one person, perhaps the most famous shaman of the Amazonia, who had committed to promoting the medicinal plants. His destiny was predetermined from birth because his parents were healers of the Shipibo tribe and from a young age he was surrounded by spiritual environment. And although his parents sent him to Brazil to study nursing after his graduation from a Catholic school, his was eager to follow his heart and come back to his native village to help people.

When Guillermo Arevalo was working in a hospital, he realized from conversations with patients that some people don’t feel recovered after treatment, even though medical tests show the opposite. People’s discomfort and agitation and was caused by distrust in Western medicine, as well as by various internal factors that could bring back the illness without any apparent reason. All the above gave Guillermo a push to start doing what he had always dreamt of - combining traditional medicine with modern technologies to heal the most serious diseases and be able to find out the cause of not only in physical manifestations but also in a person's inner emotions.

That’s when he began his path, which lead to the establishment of a Centre for sharing knowledge with those who are looking for it.

The Path of the Shaman

He began his practice of curandero, which means “a shaman with magical powers”, from the time which he spent alone the jungle of the Amazonia, learning about plants and receiving from them the ancient knowledge. Later, Guillermo wrote a book about the plants of the Amazonia.

His spiritual name, Kestenbetsa, means “the Echo of the Universe”, because Guillermo is a guide and assistant to those who strive to conceive the reason of their existence, and find answers: he reflects the information of the world and conveys it to seekers.

Guillermo Arevalo says that the best way to cognize the plants of the Amazonia is to undergo a special plant-based diet while abstaining from some food products such as spices, red meat, salt, sugar and alcohol. Also, at the time of a diet one should completely abstain from sex and carefully control emotions. He regretfully notes that in their efforts to learn shamanism some people do not pay enough attention to the plants, and after gaining some experience they call themselves teachers, ignoring the fact that plants need time - months and even years of dieting. After completing all levels of learning plants Guillermo, as a true professional, is always ready to share his knowledge with people with an open heart.

Sacred songs, icaros, are also the part of the experience: they are the voice of the Nature. Icaros constitute the healing energy given by the plants to a shaman and to everyone who needs help. This music is vibrations sounding in a special way and playing the medicinal role.

It is Kestenbetsa’s opinion that everybody needs a guide in the plant world, especially in the world of ayahuasca. In an interview, he compared the master plant experience with Formula One racing: “If you don’t have a good car (Ayahuasca), then you won’t be able to get to the finish first, but if you don’t have a good racer (shaman), able to masterfully drive the racing car, you would just fly out at the first turn”. Guillermo found his vocation in studying Amazonian plants in order to bring the knowledge to the people.

If you are interested to book a session with the most famous shaman of Amazonia in his Centre, please call +51 917 588 141 or write an email to plantasvision@gmail.com

First, Guillermo founded AMETRA, an organization that sought to promote traditional Shipibo medicine and its inclusion into national healthcare system. The results were very successful, so, several years later, maestro Arevalo founded his own centre “The Spirit of Anaconda”, later renamed to the “Cosmic Anaconda”, in which he has been working for many years together with his wife. The mission of the curandero is bringing knowledge to as many people as possible, thus making the traditional medicine accessible and open. In that endeavour he starred in two movies directed by Jan Kounen: the documentary “Other Worlds” telling about the traditions of curanderos, and in the other, “Blueberry”, Guillermo plays a shaman. The idea was to popularize traditional Amazonian medicine for those far from the spiritual world.

One of the key websites dedicated to traditional Amazonian medicine, The Amazonian Great Medicine, called Guillermo Arevalo one of the greatest experts on traditional Amazonian medicine and ayahuasquero in the world. Many people from various countries with Guillermo’s help and knowledge managed to find solutions to their problems and find a way to a happy life. Through his activities not only in Peru, but also throughout the world, plants of the Amazonia became popular and known in different circles.

Apart from the work in the movies and shaman activity, Kestenbetsa also wrote several books about medicinal plants. For example, one of them is a complete guide of Amazonian plants, which describes their health effects as well as gives the detailed description of Ayahuasca, its world and properties. Mention must also be made of the musical album of his a-cappella songs performed in Shipibo language. In addition, two songs were recorded for the soundtrack for the “Blueberry”. It is amazing how many talents can one person have, and all of them are based on love and desire to make other people healthy and happy.

In addition to the creative work, Guillermo thinks about a political career: it is a direct way to rise the traditional Amazonian medicine to a new level and to attract more attention to it, so the development would be worldwide. He is also concerned about economics, trade, education and literacy. Guillermo hasn't had an easy life, but he learned early that dialogue is the basis of communication and with its help one can make life better. Not only their own and their family, but also the life of the entire nation.

The main concept of Guillermo Arevalo is maintenance of harmony between people and nature, finding the right balance and keeping it in every possible way. Peaceful and happy life in harmony with the whole world represents the goals and priorities of the most famous shaman in the world. If you want to have a retreat with one of Peru’s most famous shamans, please write an email to plantasvision@gmail.com and after consultation you can decide on a suitable number of days. The way to your happiness depends on you, and you alone, but you do need the right guide.